After another stop in Boise (the fourth in 3 months!) we headed to eastern Idaho to chill for a few days. We planned to stop in American Falls at Willow Bay but when we pulled in a huge softball tournament was going on. There were cars parked everywhere turning the road into a narrow obstacle course. We barely made it back out of the craziness.

Luckily we had passed a state park about 10 miles back that looked decent and they had available sites so we ended up spending a few days at Massacre Rocks. Our site in the lower loop (highly recommend the lower loop–less freeway noise) was pretty private and had a view of the Snake River if you climbed up the hill.

We walked through the little museum at the visitor’s center which talked about the wagon trains that came through here. When we asked why the park was called Massacre Rocks we were told it was mostly to draw tourists to the restaurant that was here in the mid-1900s. The “massacre” refers to an incident in 1862 where two wagon trains were attacked by Indians in the area. Five men were killed in the attack and five more died the next day when a group pursued the Indians trying to recover their stolen property.

Next we stopped near Idaho Falls, at Jefferson County Lake. 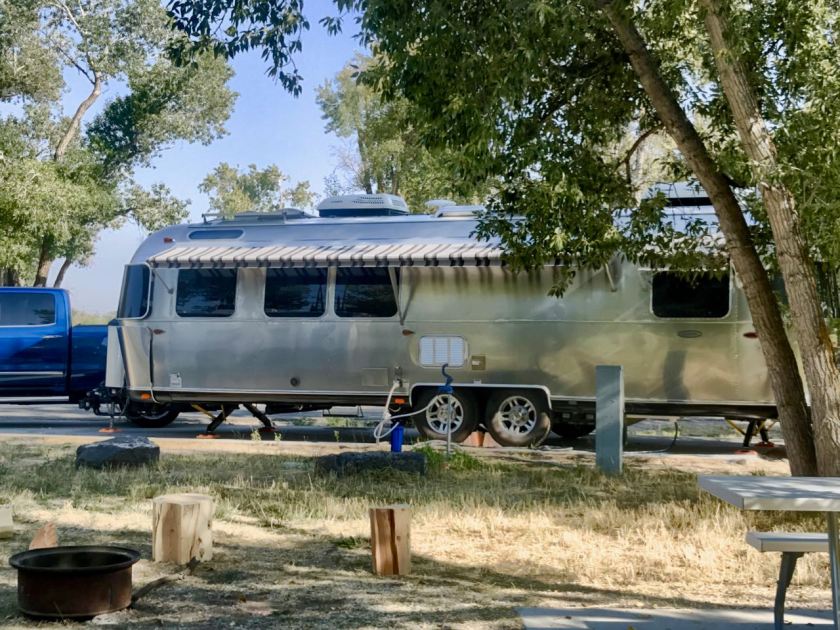 At $20/night for water and electric hookups with a paved pad it seemed nice, but we soon learned this is a busy spot. Hundreds of folks flocked here every day to play in the water and picnic and have big family get togethers.

Giant floating flamingoes seemed to be the thing. 🙂

To avoid the crowds we ventured into Idaho Falls several times. We saw the falls…

and found these interesting topiaries. There is actually a brown plant growing on the deer.

And thanks to @journeyingjacksons we knew to look for the hidden Japanese garden.

We saw the Giant Eagle Waterfall Nest, #5 in the top things to do according to Trip Advisor. No clue why this giant sculpture/water feature is in a roundabout but it was pretty impressive 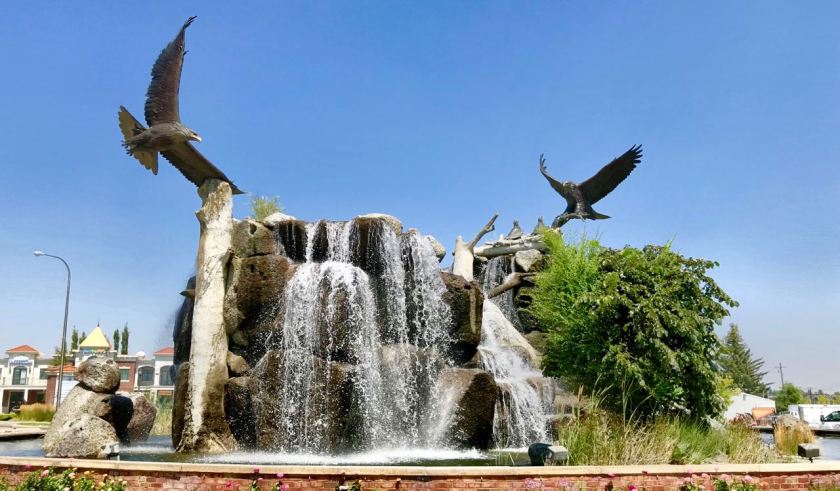 We even went to the Steampunk Exhibit at the Museum of Idaho. 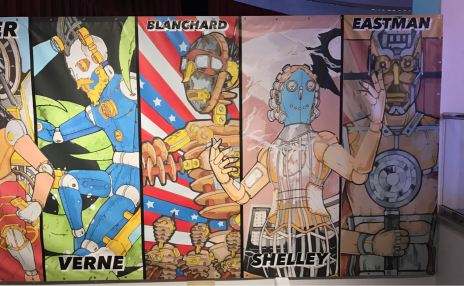 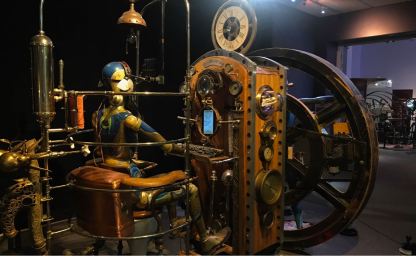 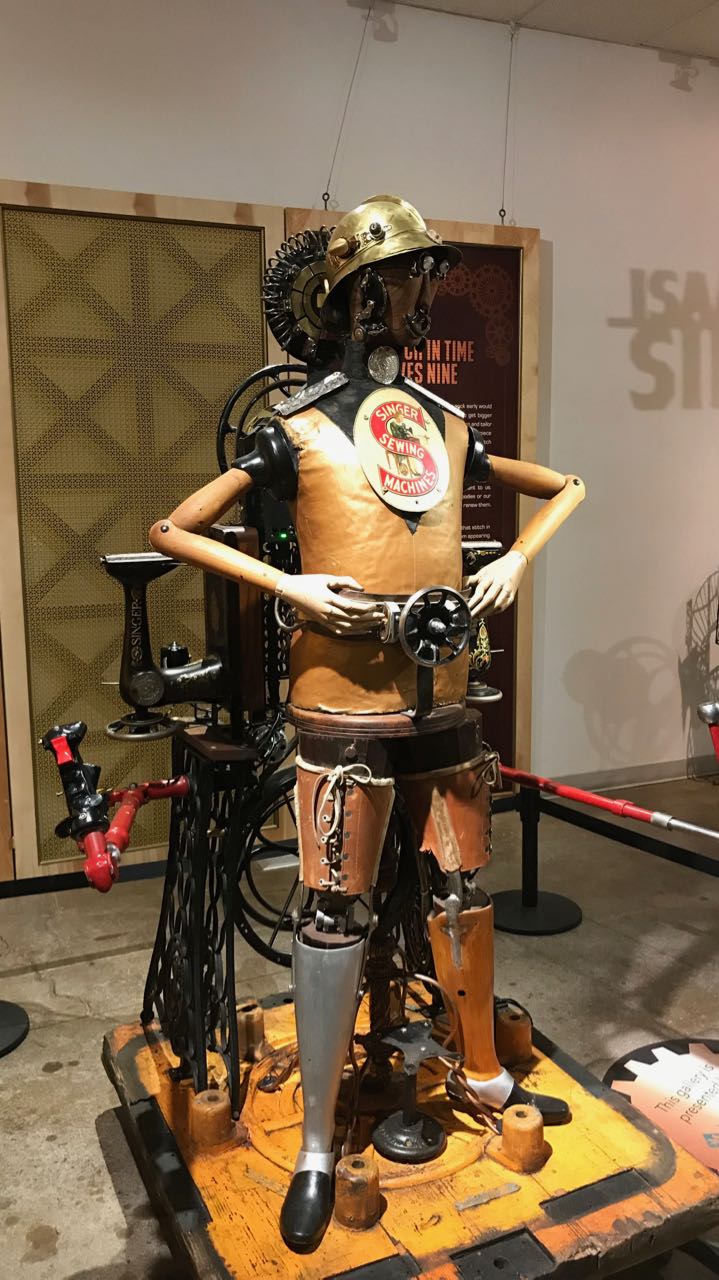 And we had lunch at an awesome local Mexican place. You know it’s going to be good when you see the local police and firemen munching away and the line is nearly out the door. 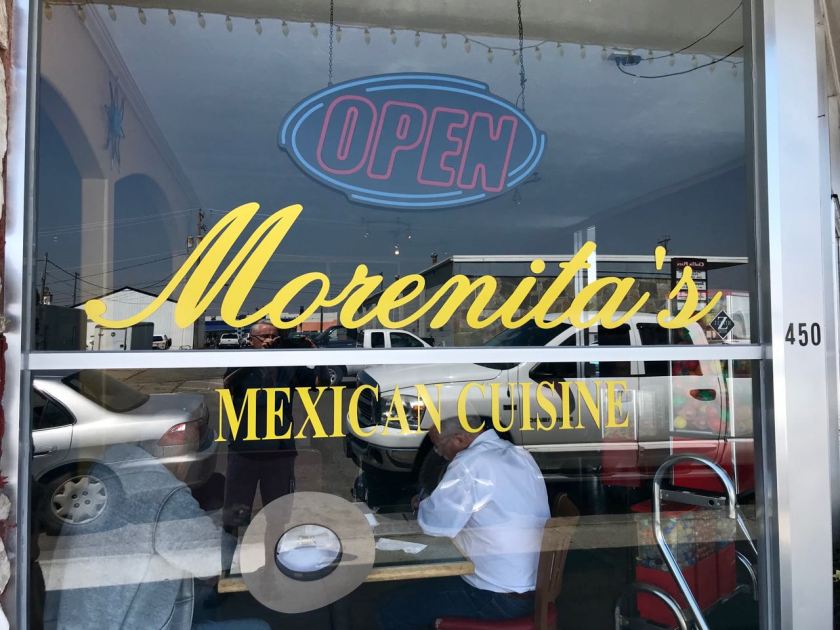 But we really didn’t come to Idaho Falls to sightsee. Presumably we were here to do laundry and restock (which we did), but the truth is that I wanted to visit nearby Rexburg. You see, on maybe our first or second Valentine’s Day together, Chuck gave me a box of chocolates. He was on a business trip in Idaho and his client tipped him off to a local candy shop, Florence’s Exquisite Chocolates. He thought it was the typical cheesy Valentine’s gift, but bought a box anyway. Now I had never, ever had someone give me a box of chocolates, let alone this beautiful heart shaped box filled with the yummiest chocolate you could imagine, so I was touched and soon devoured the amazing candy. And every year since he has ordered me (and our daughters) boxes of that amazing chocolate.

Sorry I didn’t get any pictures of the actual chocolates for you. I was too busy eating them! 🙂 Candy in hand we’re off to our real reason for driving across Idaho again, Grand Teton National Park.